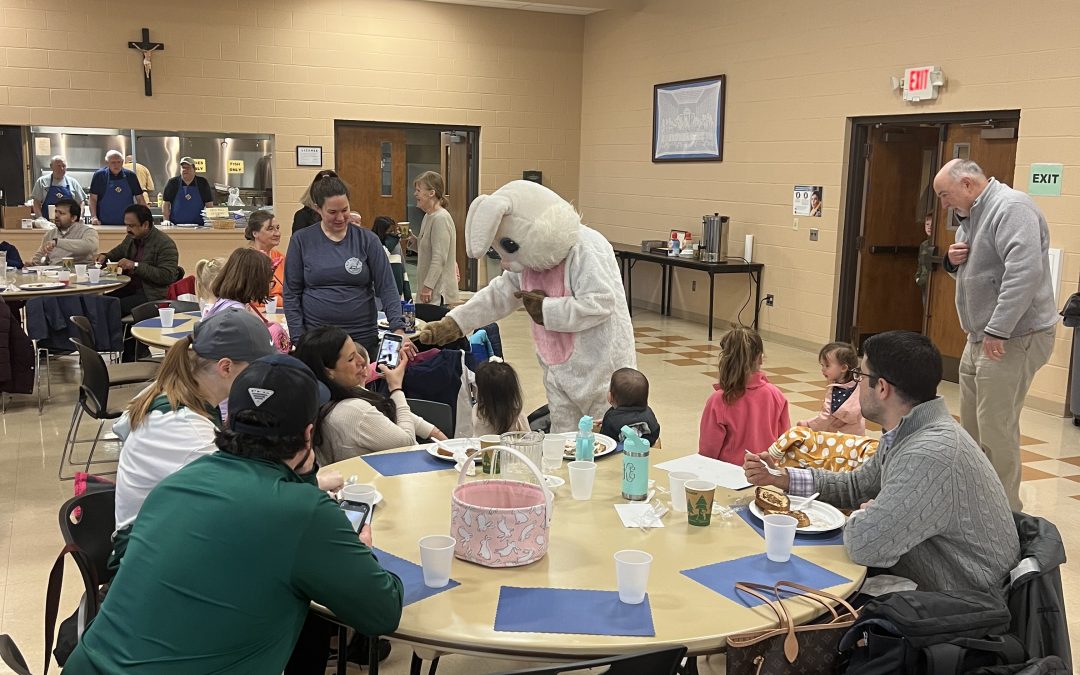 Good Shepherd Council 10685 organized and hosted a French toast and sausage breakfast for church parishioners April 9 as a community-building and faith in action activity. More than 80 parishioners attended, including the Easter Bunny and a large number of children, who also participated in an Easter candy hunt. The event allowed us to actively recruit among fathers whose families attended. Our GK later donated surplus French toast and sausage to a local homeless shelter in Harrisburg.